The Shock-Buff prevents the slide from battering the frame during recoil by sandwiching a 1/10″ thick poly fiber buffer between the slide and frame contact areas. When you are shooting high performance loads in your 1911 style pistol, you want the extra protection that the original Shok-Buff provides. Wilson feels the original Shok-Buff is the optimum balance between shock absorption and longevity. Easily replaceable after absorbing up to 1,000 rounds of repeated firings, the Shok-Buff slides over the recoil spring guide between guide and spring. Why take a chance on an inferior die stamped copy when you can have the original injection molded Shok-Buff? With over 30 years of competition and street proven experience and hundreds of thousands sold, the original Shok-Buff is still the best. Don’t be fooled by imitation products, current production Wilson Shok-Buff buffers are royal blue and bear the Shok-Buff name. 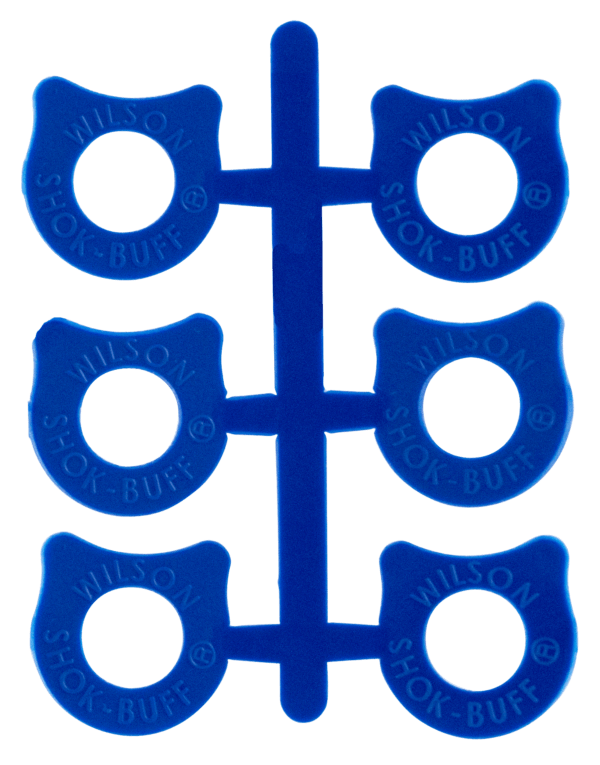